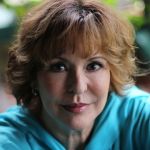 Jacquelyn Mitchard has written nine novels for adults, including several New York Times bestsellers and several that have enjoyed critical acclaim, recently winning Great Britain’s People Are Talking prize and, in 2002, named to the short list for the Orange Broadband Prize for Fiction. She has written seven novels for Young Adults as well, and five children’s books, a memoir, Mother Less Child and a collection of essays, The Rest of Us: Dispatches from the Mother Ship. Her essays also have been published in newspapers and magazines worldwide, widely anthologized, and incorporated into school curricula. Her reportage on educational issues facing American Indian children won the Hampton and Maggie Awards for Public Service Journalism. Mitchard’s work as part of Shadow Show, the anthology of short stories honoring her mentor, Ray Bradbury, currently is nominated for the Bram Stoker, Shirley Jackson, and Audie Awards. She served on the Fiction jury for the 2003 National Book Awards, and her first novel, The Deep End of the Ocean, was the inaugural selection of the Oprah Winfrey Book Club, later adapted for a feature film by Michelle Pfeiffer. Mitchard is the editor in chief and co-creator of Merit Press, a new realistic YA Fiction imprint. A Chicago native, Mitchard grew up the daughter of a plumber and a hardware store clerk who met as rodeo riders. A member of the Lac du Flambeau Chippewa tribe, she is a Distinguished Fellow at the Ragdale Foundation in Lake Forest, Illinois. Mitchard taught Fiction and Creative Non-Fiction at Fairfield University and was the first Faculty Fellow at Southern New Hampshire University. Her upcoming YA novel, What We Lost in the Dark, will be published in January by Soho Teen. She lives on Cape Cod with her husband and their nine children.