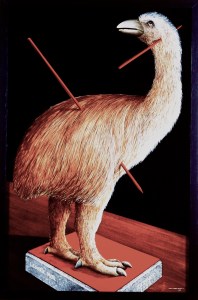 In the years before life as a literary impresario, Nancy Gerbault travelled the world as a flight attendant, produced internationally-recognised work as a painter, and for a while pursued her passion for food – working as a restaurant chef in California.

Her love of art and letters and creativity may lead one to believe she is “arty”, but Nancy, owner and founder of Abroad Writers’ Conference, finds her inspiration in nature and science.

During her career, she has studied Art, History of Art and Anthropology at the University of California, Berkeley, she has exhibited her paintings in exhibitions around the world – with one project receiving recognition from the then Minister of Culture for France, Jack Lang and the archaeologist Richard Leakey – and she has studied prehistoric rock art, hunter-gatherer societies and Food History at California State University, Sacramento in where she received her MA in Anthropology/Archaeology.

Nancy’s love of Food, History and Literature was the foundation of what drove her to create Abroad Writers’ Conference. She loves to create modern day Salons in historic settings where guest enjoy the company of others who love Literature, History and wonderful food.

But how did a love of science lead her to set up Abroad Writers Conference, and more recently the Nancy Gerbault Literary Agency?

Nancy explains. “I have had to adapt in numerous situations, and after you do, several times, you realise that you just don’t have control in life.

“You have to roll, adapt or die. Just like in evolution. Anyone who stays rigid is not able to survive. Evolution teaches you that, and it applies to life.”

So this is how it all came about.

‘An idea in mind’

In 2003, Nancy wanted a new direction and she found a simple equation. 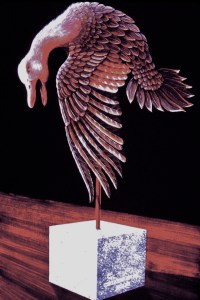 The painted birds became representatives of colour no longer seen, and of a voice no longer heard

She had already worked in the travel industry as a Trans World Airlines (TWA) flight attendant and she had completed both her degrees. So she put travel and academia together and came up with Abroad Writers Conference where writers of any discipline get together.

She also took aspiring authors and put them together with international authors. Many of the participants, she noted, would never have had access to the tutors she worked with, were it not for the events that Abroad staged around the world. So she took talented new writers and helped to shape their careers.

This improvisational, evolutionary approach was deliberate. Painterly, even in how she looked at her conference events.

As Nancy puts it: “To me, it is like painting. I go to a canvas with an idea in mind, but the painting directs me. I know when it’s becoming alive. That’s when I no longer control it.”

And for anyone who remains unconvinced, this is how the Hever Castle conference or Lismore Castle came about, because it’s no secret that renting a castle steeped in history, and one that is in need of loving maintenance and conservation all year round, could be a pricey endeavour.

“We went with our dreams,” says Nancy. “Hever or Lismore Castle was more expensive than anything else we were looking at. But we were drawn to it. 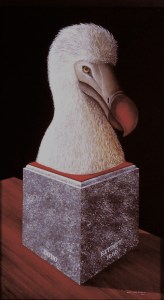 “If we had gone by the book we never would have selected it as our first choice. We just allowed ourselves to experiment and it allowed us to feel free.”

“Remember that humans only want to control all aspects of life because they hate uncertainty, but life is uncertain.

“Everything around us can change in a second. So, we cling to what we know, and we believe that it makes us feel more secure.”

Often, when we want to make something right – or correct – it becomes too heavy and it no longer breathes. It’s our problems we stack on top, layer by layer, until we kill the magic inside.”

“Certainty creates so many problems, because life just doesn’t go according to plan.”

So how best to proceed?

“One thing I’ve never understood is why anyone would want tomorrow to be the same as today,” says Nancy.

Get your short story published with Abroad 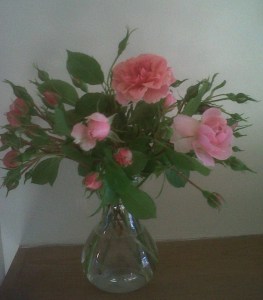 Bring something in from the garden

What’s your process? Does a deadline stop you in your tracks or drive you forward? Does a word limit make your stomach lurch? Does your imagination disappear if there is a big prize to win? Or do you thrive when winnings beckon? If the publishing world raises the stakes for you, do you raise the stakes for your characters and go for it?

Perhaps you prefer to let our story grow organically, like a plant. Maybe you like to watch it reveal new shoots with the seasons. Like a gardener, maybe you tend your story and mull it over in your mind, rather like mulching it over with compost. You know what it’s like to stand in surprise and awe when your story suddenly decides to turn to or from the sunlight.

Whether it’s one or the other, or something else entirely, we think everybody’s writing process is personal and entirely up to them.

But if you want to write something new and amazing for our short story competition, you’ve got until 15 August. There is a word limit and you can submit online. Full details are on the Abroad website. And yes. You life-in-the-fast-lane people will still have to fuss about double-spacing your manuscript.

However, if you’d rather venture out into your writing garden and gently dig up something you’ve tended over the seasons – we like that idea too. Let’s admire the roses together and just mention quietly that there are some prizes. While you prune away that tangle of honeysuckle and clematis, let’s just add that the prizes include Hever conference fellowships, a critique opportunity, and publication on our website and blog. But for now, let’s just fork over the weeds and enjoy the sun. 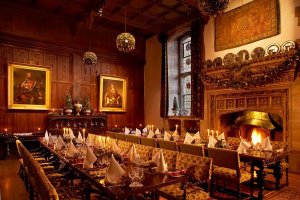 Hever was the childhood home of Anne Boleyn

So the question we’re asking is how do we feel about rules? Not just rules to live by but also rules to write by. And do we follow them or not?

This year, we have given the Abroad conference a theme. Controversy.

But here is how we got there.

We planned our conference during two summer holidays in Kent, before we finally decided to go with it and book Hever Castle. We chilled, drank coffee, ate fish and chips on the Dungeness coast, and talked for days. We paid a visit to Hever and nearby Penshurst Place. We wanted to seek out the Tudors, particularly Anne Boleyn. We watched The Other Boleyn Girl, which was filmed extensively in Kent. We also paid a trip to Down House, and walked in the footsteps of Charles Darwin. We thought about Anne Boleyn’s controversial death. We chatted about Darwin’s controversial life. And that’s when we decided we really had a thing about people who break the rules.

Our take on controversy is that it is about allowing change to happen. And it is about how to bring about change when change is needed. We also think there is important controversy and fake controversy. For instance, gossip about sex, nudity and celebrity body fat doesn’t really unsettle us. But when we look at the work of world-changing writers, like Darwin, we see they have challenged our preconceptions, questioned what we accept, sometimes taken huge personal and professional risks, and forced us to think about life in a different way.

And so when we put the conference together, we wanted to help writers producing literature at a time when all the publishing rules are changing. And the tutors we found who could do that include two Pulitzer Prize winners, Robert Olen Butler and Edward Humes, and Alex Shoumatoff, contributing editor of Vanity Fair. Over the next months, we’ll be chatting to them and blogging about their work. Oh, and watch our Twitter feed. If you’re in the middle of a story, a novel or that piece of earth-shattering journalism, we have asked them for some #writetips to help everyone move forwards.

(BTW Here’s a must-read for anyone with a passion for Darwin and evolution. It’s by one of our tutors, Edward Humes, and it’s called Monkey Girl: Evolution, Education, Religion & the Battle for America’s Soul.)