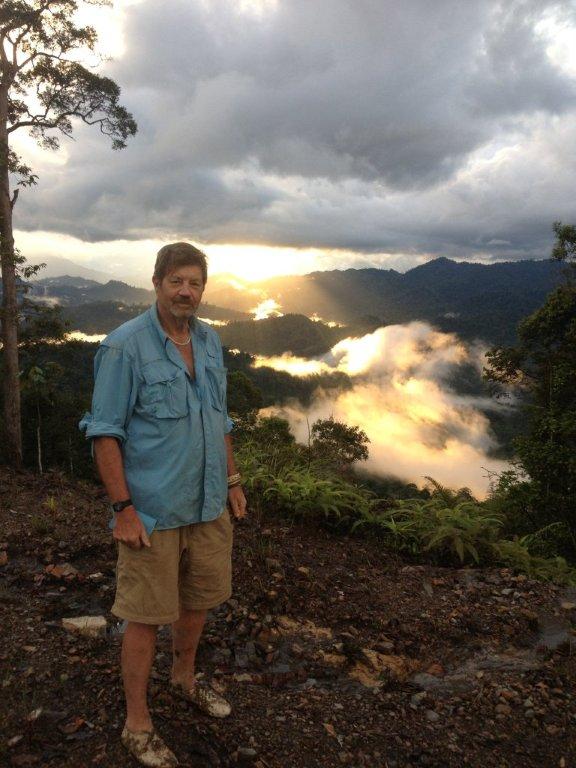 ALEX will be doing a workshop at Lake Como on memoir and travel memoir, voyages of self-discovery, what he calls “accidental journalism” : how the most transformative experiences that happen when you put yourself out there are usually things you hadn’t planned for, the chance encounters and whiffs of the uncanny. One of our consummate travel memoirists, he will explain how the art of travel is orchestrating the unpredictable, and the art of travel memoir is bringing the journey back to life so vividly the reader feels he is the one on the trip. For fifty years, Shoumatoff has been like Everyman going to the ends of the earth to experience the Other, and discovering that they are one and the same, visiting the bushmen of the Kalahari and finding out that he is 75,000 years old.

From Alex, ”  I’m returning in my head to where I was in November-December in the highlands of sarawak with the penan. going through my notebooks which have notes I took as things were happening and acting on me. So what I’m doing now is travel memoir, but the notes were letting whatever was happening act on me, letting the words to describe the life forms and activities I am witnessing come, to recreate and become them. in a sort of impressionistic telegraphese, as one of my editors call it. the way mavis gallant wrote her travel impressions in the fifties for the new yorker

http://www.newyorker.com/reporting/2012/07/09/120709fa_fact_gallant?currentPage=all
that’s what we’ll be doing on these outings. like artists going out with our easels to paint in the grand tradition. except our pigments will be words and phrases. my books and magazine pieces are replete with this kind of writing. a black stripper named Miss Mustang Salley in miami beach l973 working down to her g-string and running her fingers over the only body she had, while the retirees puffing cigars in the audience, her entire audience,  send up appreciative billows of smoke. Florida Ramble, my first books (Postcards From Florida in its latest edition, which uses the original title) is full of this kind of writing. The technique of getting the sound and flow and rhythm of the words to reproduce what they are talking about is basically poetic. I learned it when I was studying with Robert Lowell and taking ancient Greek and thinking I was going to be the next great poet in the English literary tradition and when i switched to prose I kept using it. “

You’ll be scouting four of the most beautiful towns around Lake Como. 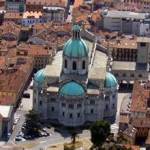 Day 1
1:00 – 4:30
Como
In a cafe, the workshop will begin with Alex discussing his memoir piece “Positively 44th Street” and the concept of Accidental Journalism.
Afterwards you’ll be scouting the town of Como. 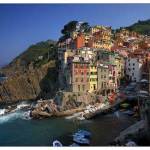 Day 2
12:00 – 4:30
Ferry to Bellagio from Como
Workshop on the hydrofoil, discussing writings from the previous day.
Scouting the town of Bellagio

Bellagio is often called one of the most beautiful towns in Italy. Nestled amid cypress groves and verdant gardens, its earth-toned old buildings climb from the lakefront promenade along stepped cobbled lanes. While Bellagio is a popular retreat for everyone from Milanese out for a day of relaxation to British and Americans who come to relax for a week or two, the town has, for the most part, managed to keep its dignity despite the crush of tourists that arrive in the summer months.

One of Bellagio’s famed gardens surrounds the Villa Melzi built by Francesco Melzi, a friend of Napoleon and an official of his Republic. The villa was the retreat of Franz Liszt and is now the home of a distinguished Lombardian family; they allow the public to stroll through their acres of manicured lawns and fountains and to visit a pavilion where a collection of Egyptian sculpture is on display. 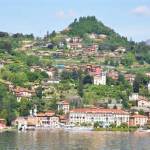 Day 3
12:00 – 4:30
Ferry to Menaggio from Como
Workshop on the hydrofoil, discussing writings from the previous day.
Scouting the town of Menaggio
This lively resort town hugs the western shore of the lake, across from Bellagio on its peninsula and Varenna on the distant shore.
A short walk along Menaggio’s lakeside promenade is like a fairytale from “A Midsummer Night’s Dream”. Spotted with ornate villas and houses, you can also get amazing views of Bellagio and Varenna from a distance. However, the upper part of the town is entirely different still, preserving the remains of medieval ruins with the original castle walls still viewable to the public. 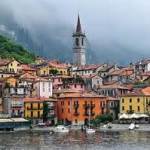 Ferry to Varenna from Como.

Workshop on the hydrofoil, discussing writings from the previous day.

Scouting the town of Varenna

You can happily spend some time clambering up and down the steep steps that substitute for streets in this charming village (on the eastern shore of the lake, about 10 min. by ferry from Bellagio) that, until not too long ago, made its living by fishing. The main attractions, though, are outside town.

The hilltop ruins of the Castello di Vezio  are about a 20-minute walk above the town on a gradually ascending path. The main reason for a visit is to enjoy the stunning views of the lake, its shoreline villages, and the backdrop of mountains at the northern end.

The gardens of the Villa Monastero  are more easily accessible, at the southern edge of town along Via 4 Novembre, and you can reach them by following the series of lakeside promenades through the Old Town from the ferry landing. This villa and the terraced gardens that rise up from the lakeshore were once a not-so-spartan monastery — until it was dissolved in the late 17th century when the nuns in residence began bearing living proof that they were on too-friendly terms with the priests across the way. If you find it hard to tear yourself from the bowers of citrus trees and rhododendrons clinging to terraces, you’ll find equally enchanting surroundings in the adjoining gardens of the Villa Cipressi