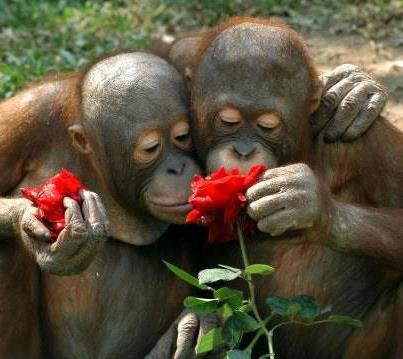 In July, we’ll be taking a group of participants and authors to the city of cats, Kuching in Borneo. This will be an adventure/travel writing workshop.  Authors joining us are: National Book Award finalist, Dan Chaon; Vanity Fair’s contributing editor, Alex Shoumatoff and anthropologist Dr. Gerrell Drawhorn. 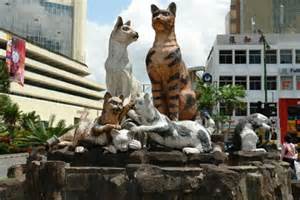 Borneo, an island of luscious diversity, with the second oldest rainforest in the world and rivers overflowing with life. For writers who have dreamed of writing about wildlife and nature, we’ll be visiting two rehabilitation centers Semenggoh and Matang,  where you’ll see orangutans roaming free in the forest. Technically these orangutans aren’t wild because they’re use to humans, thus they can be observed and photographed more closely while they feed. Birute refers to most orangutans in rehabilitation centers as “bicultural” because they are actually released rehabilitates. 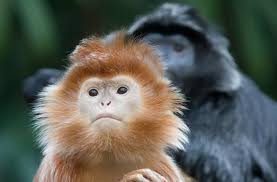 In Borneo, you’ll be writing daily.  Early morning workshops from 7:30 – 10:30 with Alex and Dan. Later, Alex and Gerrell will guide you through the day giving you assignments to write about.  You’ll learn about the culture, flora and various animal species that live in Borneo. Gerrell will also be giving you a reading list that will include authors who wrote about their experiences in Borneo: Rajah Brooks–the first white Rajah, Joseph Conrad, Somerset Maugham, Multituli, Linklater and others. 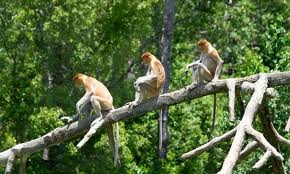 Our first three days in Borneo we will be staying in Kushing. In Kushing, we will begin our days with early morning writing workshops. In the afternoon, you’re free to visit the town or attend the RAINFOREST WORLD MUSIC FESTIVAL. The RWMF has been voted as one of the best International Festivals in world music. 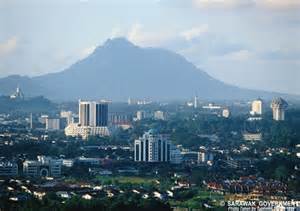 On our fourth day, we’ll be leaving Kushing for the jungle. We’ll be staying at Batang Ai Longhouse. 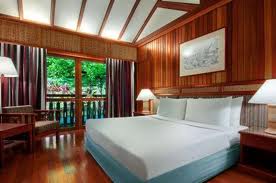 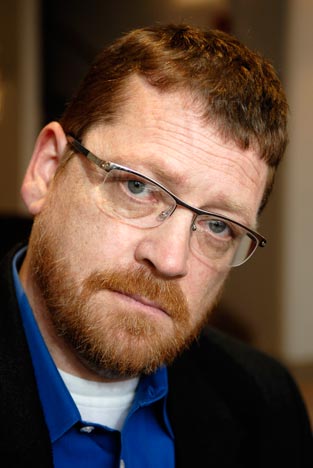 DAN CHAON is the acclaimed author of Among the Missing, which was a finalist for the National Book Award, and You Remind Me of Me, which was named one of the best books of the year by The Washington Post, Chicago Tribune, San Francisco Chronicle, The Christian Science Monitor, and Entertainment Weekly, among other publications. Chaon’s fiction has appeared in many journals and anthologies, including The Best American Short Stories, Pushcart Prize, and The O. Henry Prize Stories. He has been a finalist for the National Magazine Award in Fiction, and he was the recipient of the 2006 Academy Award in Literature from the American Academy of Arts and Letters. Chaon lives in Cleveland, Ohio, and teaches at Oberlin College, where he is the Pauline M. Delaney Professor of Creative Writing. 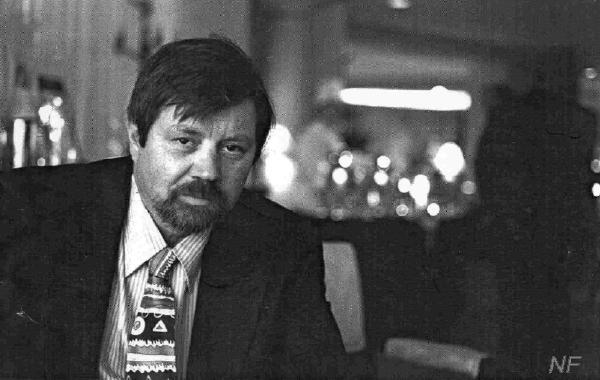 ALEX SHOUMATOFF  is a contributing editor with Vanity Fair.

Alex was born in Mt. Kisco, New York. After graduating from Harvard College in l968, he worked on the Washington Post, as a singer-songwriter, and as the resident naturalist at a wildlife sanctuary in Westchester County. His first book, Florida Ramble, was published in l974 (Harper and Row, Vintage paperback). In the fall of l976 he spent nine months in the Amazon researching a Sierra Club book, The Rivers Amazon (Sierra Club l978, hard and soft), which has been compared to the classics of Roosevelt and Bates. His next book, Westchester : Portrait of a County (Coward, McCann, and Geoghegan, 1979, Vintage paperback), was excerpted in the New Yorker, for whom Shoumatoff became a staff writer in l979. There, under Robert Bingham, the editor of John McPhee and Peter Mathiessen, and later under John Bennet, he wrote long fact pieces that were then developed as books: The Capital of Hope (Coward McCann, and Geoghegan, 1980, Vintage paperback, about the building of Brasilia), Russian Blood (Coward, McCann, and Geoghegan, l982, Vintage paperback, a chronicle of his own family from the dawn of Russian history through the October Revolution and emigration to the United States ), The Mountain of Names (Simon and Schuster, l984, Touchstone, Vintage, and Kodansha paperbacks, a profile of the Mormons’ Genealogical Society of Utah that became a history of the human family), In Southern Light (Simon and Schuster, l986, Touchstone and Vintage paperbacks, about a two-month journey in Zaire and a trip up the remote Amazonian tributary where the Amazon women are supposed to have lived). He was awarded a Guggenheim Fellowship in l985.

In l986 Shoumatoff wrote a profile of Dian Fossey for the newly resurrected Vanity Fair that was made into the movie, Gorillas in the Mist and was collected in African Madness (Knopf l988, Vintage paperback, also containing pieces on Emperor Bokassa, the natural history of Madagascar, and AIDS in Africa). He covered ousted dictators for Vanity Fair (Stroessner, Mengistu, Mobutu) and wrote a seminal piece on Tibet and the Dalai Lama. His l989 piece about Chico Mendes, the murdered leader of the Amazon’s rubber tappers, was optioned by Robert Redford and expanded into The World is Burning (Little Brown, l990, Avon paperback, published in ten languages). In l995 he became a contributing editor for Vanity Fair. Recent pieces include Uma Thurman, the Panchen Lama, the Weld-Kerry Senate race, the Great Camps of the Adirondacks, a profile of Bedford, New York, the race to find the winter grounds of the monarch butterfly. His latest book, Legends of the American Desert, (Knopf, l997, a 500-page portrait of the American Southwest), was glowingly front-paged by the New York Times Book Review and was both Time Magazine’s and the New York Post’s second-best non-fiction book of the year.

Jerry was born in Albany, New York but his family relocated to California when he was a child. His father was an electronics engineer and when NASA downsized in the Sixties he took a position training engineers at the VALCO Aluminum plant in Tema, Ghana. Jerry spent most of his teens in Africa and his family travelled through most of the newly independent nations in East, West and North Africa. His interest in Anthropology developed organically from his experiences in multicultural schooling, urban African life, and staying in rual villages when on safari.  While he was still a teenager, he was privileged to meet the famously Leakey family in Nairobi and Olduvai Gorge. There, Louis and Mary Leakey were involved in their famous discoveries. At Olduvai Gorge, Jerry helped UCLA Professor Merrick Posznasky do archaeological field surveys on the 18th century “slavery period” Ghanaian villages. In Africa, Jerry developed a love of traditional and modern African music.

In 1976, Jerry received his degree in Anthropology at UC Berkeley.

After graduation, he worked at the American Museum of Natural History where he researched fossil gelada baboons and co-authored a paper on the elusive origins of Primates and related Orders –Tree Shrews, Flying Lemurs and Bats.

Jerry received his Ph.D. in Anthropology at UC Davis. At Davis, he co-authored with Henry McHenry, a seminal paper on the origin and relationships of fossil humans using the controversial technique of cladistic analysis. This method is currently used for analysis of every type of system from DNA to complex anatomy, it’s broadly applied to all biological groups.

Jerry’s Ph.D. dissertation on the relationships of fossil orangutans has resulted in his exploration of fossil Pongo sites in Sumatra and visit to most of the field sites where living orangutans are still being studied.

Jerry has published an analysis of the forensic evidence suggesting the infamous Piltdown Man hoax was likely an “inside job” by a curator at the Natural History Museum in London, using a sub-fossil orangutan jaw from Sarawak and a paper on how the co-discoverers of the modern Theory of Evolution–Charles Darwin and Alfred Russel Wallace–cooperated to raise funds for the first ever “international” expedition to seek the “missing link”–in Sarawak.

Jerry’s continued his research of Alfred Russel Wallace, as well as the development of a cultural evolutionary system developed by James Richardson Logan, a Singaporean Victorian-era polymath.

Jerry has been activity involved in the Sacramento “World Music” community radio station and he’s the current World Music Buyer for Tower Records.

For a decade, Jerry has returned to Borneo to attend the Rainforest World Music Festival in Kuching.