Eric Ives on Anne Boleyn: ‘More than sex and murder’ 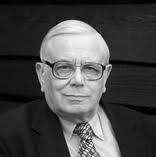 “There was more to the story of Anne Boleyn than sex and murder.”

This is the message that acclaimed historian Eric Ives hopes to convey to an audience of Tudor fans when he takes centre stage at Hever Castle this November.

The man who first drew attention in the 1970s and 1980s to the importance of Henry VIII’s second wife, still believes Anne was so significant to Henry VIII’s story that the debate about her importance “will run and run”.

When Eric first set out his arguments more than 30 years ago, he knew there had been no academic study of her since 1884.

He first set out the premise that Anne was much more important than previously thought.

And his work called into question the way political power operated.

In the face of continuing discussion about Anne’s marriage, alleged adultery, and fertility, Eric believes his view of her is unlikely to alter.

“I don’t expect to change my picture of her unless and until more documentation is discovered,” he says.

“The only new item of importance is a reconstruction of the 1534 portrait medal – the single contemporary likeness of Anne to have survived.”

The lecture series to be staged by Abroad Writers Conference at Hever this November will include a talk by Alison Weir on Anne’s sister Mary, who was Henry VIII’s mistress.

Eric’s view of the relationship between the two sisters is that there was probably tension between them.

He has previously written: “Mary should have been under no illusions.

“As early as November 1530, the king had given Anne £20 to redeem a jewel Mary possessed, presumably one he had given her.

“Anne, the wife, wanted no-one to remember Mary, the mistress.”

Speaking to Abroad ahead of the Hever conference, Eric said: “Mary’s affair with Henry may have been over before Anne returned from France at the end of 1521.

“But I think that the repossession of the jewel and Anne’s response to Mary’s remarriage do reflect tension between the sisters and suggest that when Anne became Henry’s intended wife and queen, she was concerned to put distance between herself and Mary, the ex-mistress.”

Hever Castle is famous for being the childhood home of Anne Boleyn and Tudor fans flock to the Kent attraction to walk in the famous woman’s footsteps.

One of the stories told locally is that Henry VIII used to visit Anne at Hever, and Kent was where much of their courtship took place.

Unfortunately for Tudor fans, Eric has investigated these theories and says: “I can find no evidence at all to substantiate any of these stories.”

But his interest is not so much in Anne and Henry’s romance, as the influence on Anne of the French Reformist Movement.

The historian has written extensively about Anne’s taste for French religious literature.

He has looked at her enduring interest in the writings of Jacques Lefevre (1455-1536), a French humanist, theologian and translator whose scholarship stimulated scriptural studies during the Protestant Reformation.

In the early 1500s, Lefevre published his Psalterium quintuplex (five Latin versions of the Psalms), a work which has been interpreted as embodying doctrines of the Reformation and is believed to have had some influence on Martin Luther.

Lefevre later focused on using the vernacular for religious works and translated the whole Bible into French.

So if there was one question Eric could ask Anne Boleyn now, it would be this.

“You cherished the books of Jacques Lefevre. Did you ever meet him?”

And further to that, if there was one question he could have answered about Anne, it would be how her story with Henry began.

“Why did she take the crucial step of sleeping with Henry in November 1532?” Eric asks. “Was it her idea, Henry’s idea or a joint decision?”

History fans will be able to hear Eric’s latest insights into England’s famous queen on 26 November.

A percentage of funds raised from Eric’s lecture will go to the YMCA.