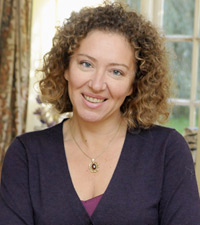 There is no substitute for travelling to a place of history and seeing it with your own eyes if you want to understand the past, historian Sarah Gristwood says.

Writers will walk in the footsteps of the Tudors at Hever Castle this autumn and hear a series of talks about the castle’s famous residents – Anne and Mary Boleyn – and Anne’s daughter, Queen Elizabeth I.

But what people get from the experience of standing where they stood has nothing to do with “vibes” or “atmosphere”, Sarah says.

“We’re not talking about anything as abstruse as vibrations and even atmosphere may well have changed over the centuries. But some things don’t change – like the very lie of the land. You can see how history worked itself out much more clearly.”

Hever Castle is famous for being the childhood home of Anne Boleyn, and Sarah’s lecture, given with fellow historian Alison Weir, will offer an insight into the lives of both Anne and Elizabeth I.

Anne was the second wife of King Henry VIII. Their marriage in 1533 led him to break with the Roman Catholic church and bring about the English Reformation. But Henry’s ultimate aim was to father a legitimate male heir to the throne.

In the year she married, Anne gave birth to Queen Elizabeth I. But a year later, she had a miscarriage, and two years after that she gave birth to a stillborn male child. In 1536, she was committed to the Tower of London on a charge of adultery and even incest and was beheaded 17 days later. 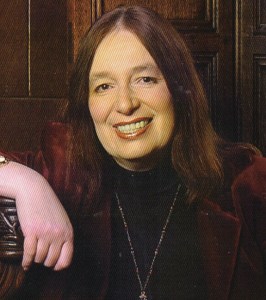 Sarah says: “The whore and the virgin are two popular perceptions of Anne and her daughter.

“Alison and I will be asking how much truth there is in the legends, and how much these two very famous women really had in common – what legacy Anne bequeathed to her daughter.”

Both Anne and Elizabeth captured people’s fascination at the time they lived and in the present day and Sarah explains their enduring fascination.

“I think part of Anne’s fascination is that she was a great self-inventor; a not particularly beautiful girl who managed to make herself one of the great romantic prizes – something that was also true of Elizabeth in a way,” Sarah says.

“That, and the fact that opinions about her – even during her own lifetime – varied so wildly.”

Sarah’s view is that while Anne Boleyn suffered a horrendous early death, she only made a trade-off that many men have been prepared to make right through the centuries.

If she could say one thing to the young Anne, it would not necessarily be “don’t do it – don’t marry Henry”.

“Anne suffered a horrendous early death but she had won the highest rank and changed the future of her country,” says the best-selling Tudor biographer, journalist and royal commentator

“And, had she known it, she had given birth to a monarch who would be perhaps the greatest in Britain’s history.”

The Abroad Writers’ Conference lecture series at Hever will begin on 21 November, when Alison Weir will give a talk about Mary Boleyn, based on her best-selling book, Mary Boleyn: The Mistress of Kings.

The author and historian will look at the tangled web of relationships that developed between Henry VIII and the two Boleyn sisters – one his wife and the other his mistress.

Alison’s work has led to her exploding much of the mythology surrounding Mary Boleyn.

The lecture by both Sarah and Alison will take place on 22 November and will be followed by a special Thanksgiving dinner.